My Workout Routine for Toned and Defined Arms

Summer is almost here and that means it's time for tank tops, sleeveless shirts and sundresses.  Now, I know there are a lot of people that wouldn't be "caught dead" in a sleeveless shirt because they feel very insecure about the look of their arms. So today, I'm going to share my workout routine and some tips and tricks I've learned along the way that have helped me get my arms toned and defined.  The best thing is that it does not involve 3 workouts a week....not even 2....it is a once-a-week workout!

This goes against the traditional weight lifting/workout philosophy, which is to workout 3 days a week, working 2 muscle groups each time....chest/triceps, back/biceps, legs/shoulders.  But I'm here to say that I did that for years and never got the results I have now. 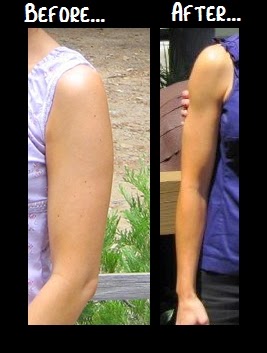 Lest you think I'm a couch potato the other 6 days of the week or that I neglect my legs completely, here's an example of my entire weekly exercise routine:

So, how can I possibly achieve results by only weight training one time per week?  Well, I combined some advice from a physical trainer to not do a bunch of cardio before weight training so that I could maximize my efforts in the weight room and embraced the concept of "muscle confusion"....changing up your workout on a regular basis to keep your muscles "confused" to avoid hitting a plateau in strength training.  Both of these concepts prompted me to come up with a whole new approach to weight training and led to my current workout routine.

Tips and tricks to getting the most out of an arm workout:
*Do each exercise slowly and with control.
*Allow only 20 seconds between sets.  It's not social hour!  You must stay focused and quickly move between sets and exercises to help keep your heart rate up.
*Start with low amounts of weight to ensure you can fully complete the workout.  For women, I wouldn't recommend increasing too much more than what I have listed below because the goal is NOT to bulk up but to tone and define.  If you ever feel like the workout is too easy, try slowing down each exercise and maybe adding another set of reps.
*Rotate the muscle focus groups every week.  For example:  Week 1 ~ Chest, Triceps, Biceps; Week 2 ~ Triceps, Chest, Biceps; Week 3 ~ Biceps, Triceps, Chest
*Whatever muscle group you start with each week, add one extra set or exercise for that particular muscle group.
*It is important to finish the exercises for one muscle group before moving onto the next.  This will ensure you are working that muscle group to fatigue (yes, that's a good thing ;-).

Once-a-week Arm Workout Routine:
Listed below are the exercises I do on a weekly basis and it usually takes me about 30 minutes to complete them. I searched high and low and was able to find video links and/or diagrams to show how to perform most of the exercises. Remember to stretch before and after each workout!

Muscle Focus Group ~ Biceps/Shoulders/Back
You don't have to do these exact same exercises.  It's more important to do exercises that you are comfortable and physically capable of doing.  If you've never worked out at a gym before, you may consider meeting with a physical trainer to recommend/walk you through some exercises and ensure you are performing them correctly.

I hope that was helpful and gave you some new ideas to incorporate into your workout routine!

Disclaimer: I strongly recommend that you consult with your physician before beginning any exercise program.You should be in good physical condition and be able to participate in the exercise.  I am not a licensed medical care provider and represent that I have no expertise in diagnosing, examining, or treating medical conditions of any kind, or in determining the effect of any specific exercise on a medical condition. You should understand that when participating in any exercise or exercise program, there is the possibility of physical injury. If you engage in this exercise or exercise program, you agree that you do so at your own risk, are voluntarily participating in these activities, assume all risk of injury to yourself, and agree to release and discharge me from any and all claims or causes of action, known or unknown, arising out of my negligence.

Posted by Sharalee's Box of Chocolates 10 comments:
Email ThisBlogThis!Share to TwitterShare to FacebookShare to Pinterest

With my birthday just recently past, I thought it'd be fun to share all of the birthday offers that I received from various stores, restaurants and online merchants where I shop.  Of course, I didn't take advantage of all of these offers but I wanted to share them with you in case these are stores or restaurants you frequent so you can get signed up and receive a reward on your next birthday!

Beauty Offers:
BareMinerals - Free full-size eyeshadow in the color "Chic Nude" (either online or in their boutiques)
MaryKay - 20% off purchases all month long
Origins - $10 off + Free shipping on orders of $25 or more
Sephora - Free deluxe sample of a lipstick and mascara from Makeup Forever
Tarte Cosmetics - 20% off any purchase (valid for 30 days from date received)
Ulta - $10 off any purchase, free full-size Calvin Klein mascara and 2x bonus points on all purchases during birthday month

Miscellaneous Stores/Websites:
Kohl's - $5 Reward on any purchase
Michael's Craft Store - 20% off entire regular price purchase online or in stores
Musicnotes.com - 20% off online order
Soft Surroundings -  $20 off purchase of $75 or more

Feel free to share in the comments below any other birthday offers you are aware of as I'm sure this list does not reflect all of the birthday deals out there.

And, for those of you who've recently celebrated a birthday or have one coming up soon, happy birthday! :-)
Posted by Sharalee's Box of Chocolates No comments:
Email ThisBlogThis!Share to TwitterShare to FacebookShare to Pinterest

My birthday is just around the corner and I can hardly believe that I'm really going to be that old!!  It seems like just yesterday I graduated from high school...but that was 20 years ago!  Yikes!

Not long ago, I was going through a bunch of pictures and I couldn't help but laugh at many of my hair styles and fashion choices throughout the years.  So, today I thought I would open myself up for public ridicule and share some of those pictures with you.  They say, "laughter is the best medicine", so consider this blog post your daily dose of medicine for the day :-)

Once upon a time, there was a little girl named Sharalee who loved wearing her hair in curls.... 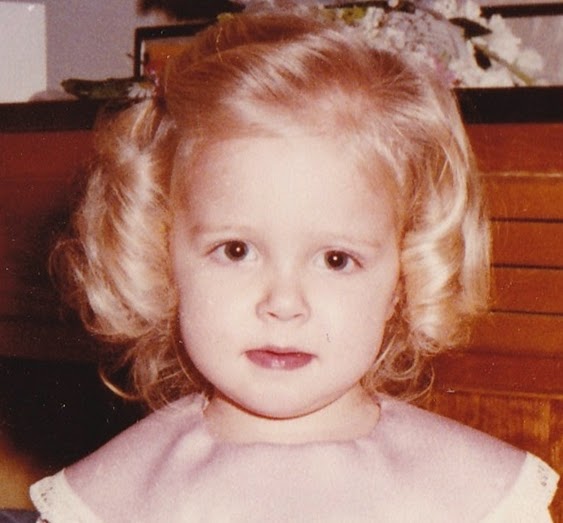 Even though she wanted her hair to grow really long (past her waist, if possible), she decided she wanted to have bangs like all her friends.  So her mom obliged and cut some bangs for her.... 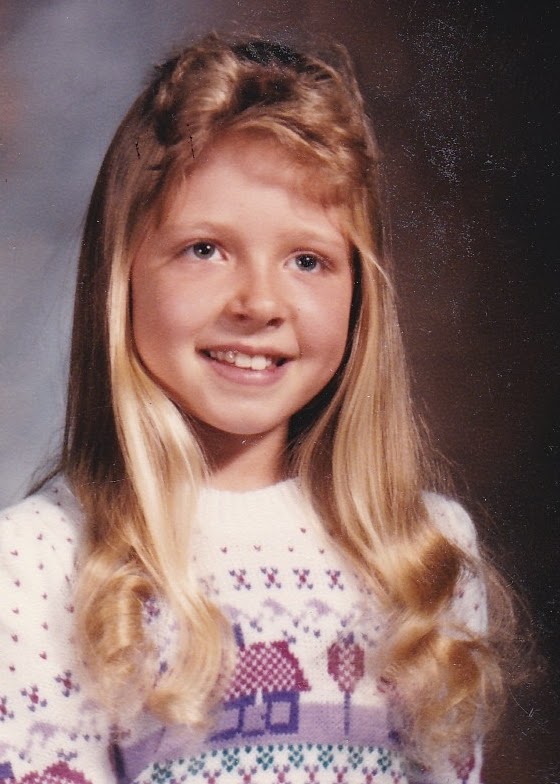 Curling irons and hot rollers used to take forever to heat so when she wanted super curly hair, she would sleep on those little tiny pink rollers (anyone remember those?) and in the morning her hair would be SUPER curly.... 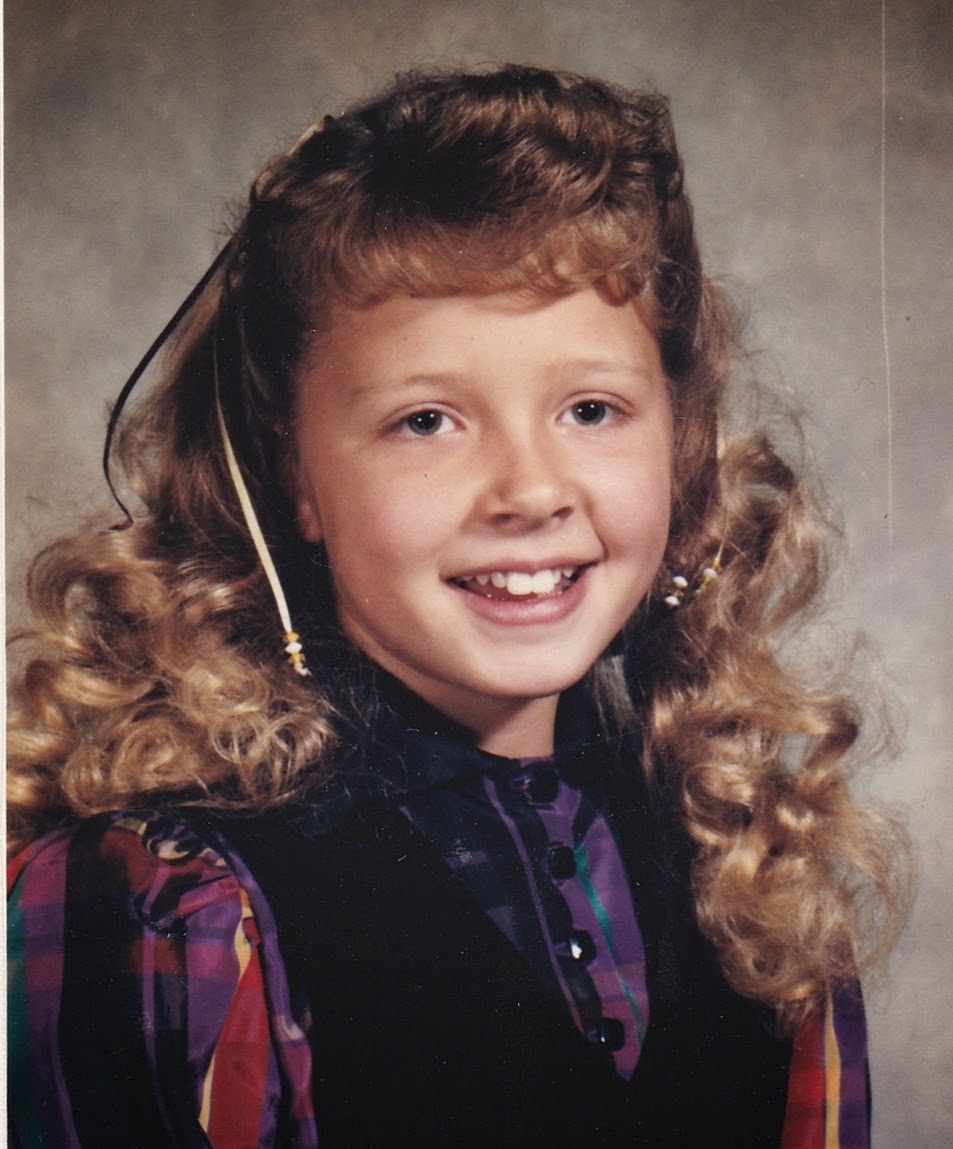 Then in junior high, she noticed some older high school girls that she thought were beautiful with a particular hair style.  The whole top of the hair was cut short and curled and the rest was left long.  She was nervous about cutting the top part of her hair but thought this style would make her look "more mature".... 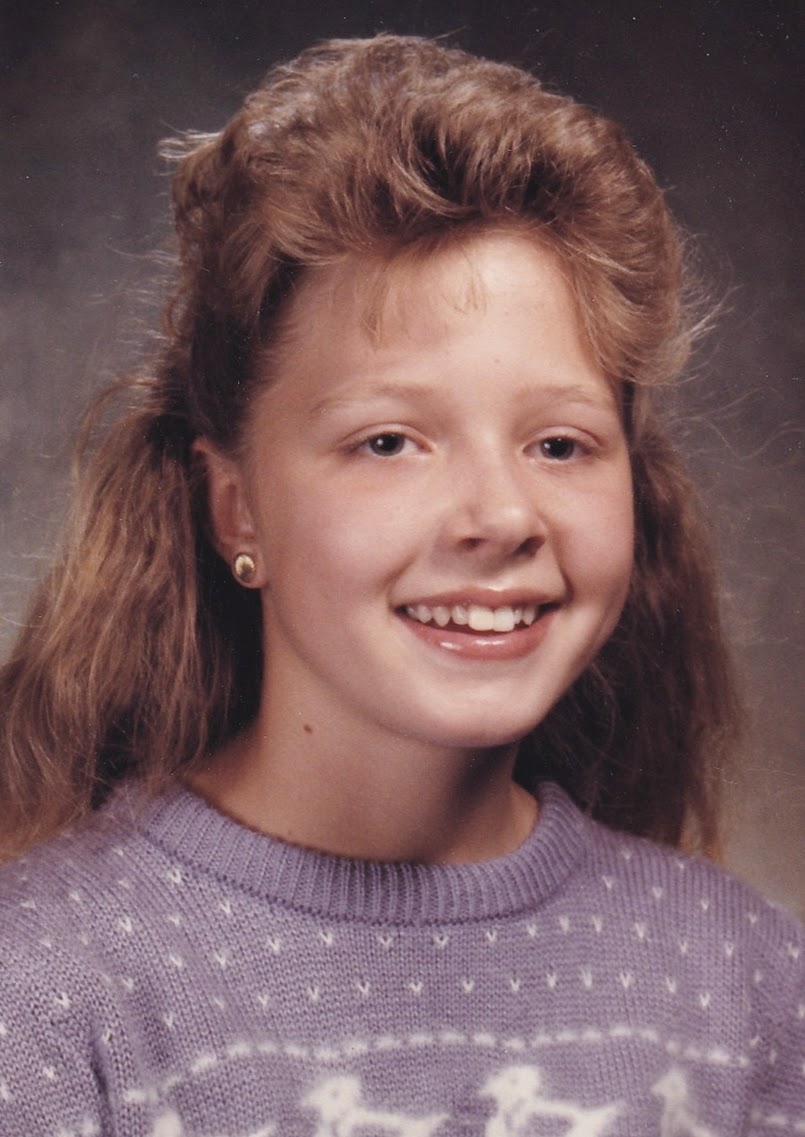 Thankfully, that style was short-lived and in came the nineties and the era of really BIG hair.  Not only were perms a big hit but the goal was to get your bangs as high as possible.... 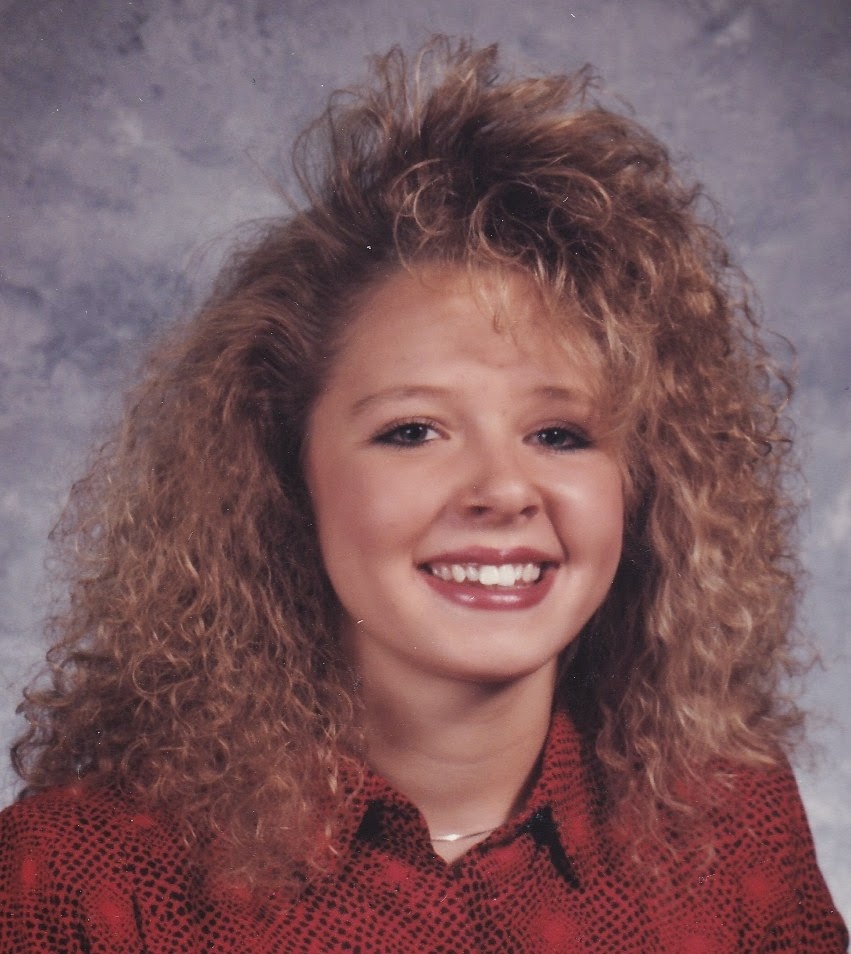 Gradually, the overall height of the bangs diminished bit-by-bit and the frizzy perm became looser curls.... 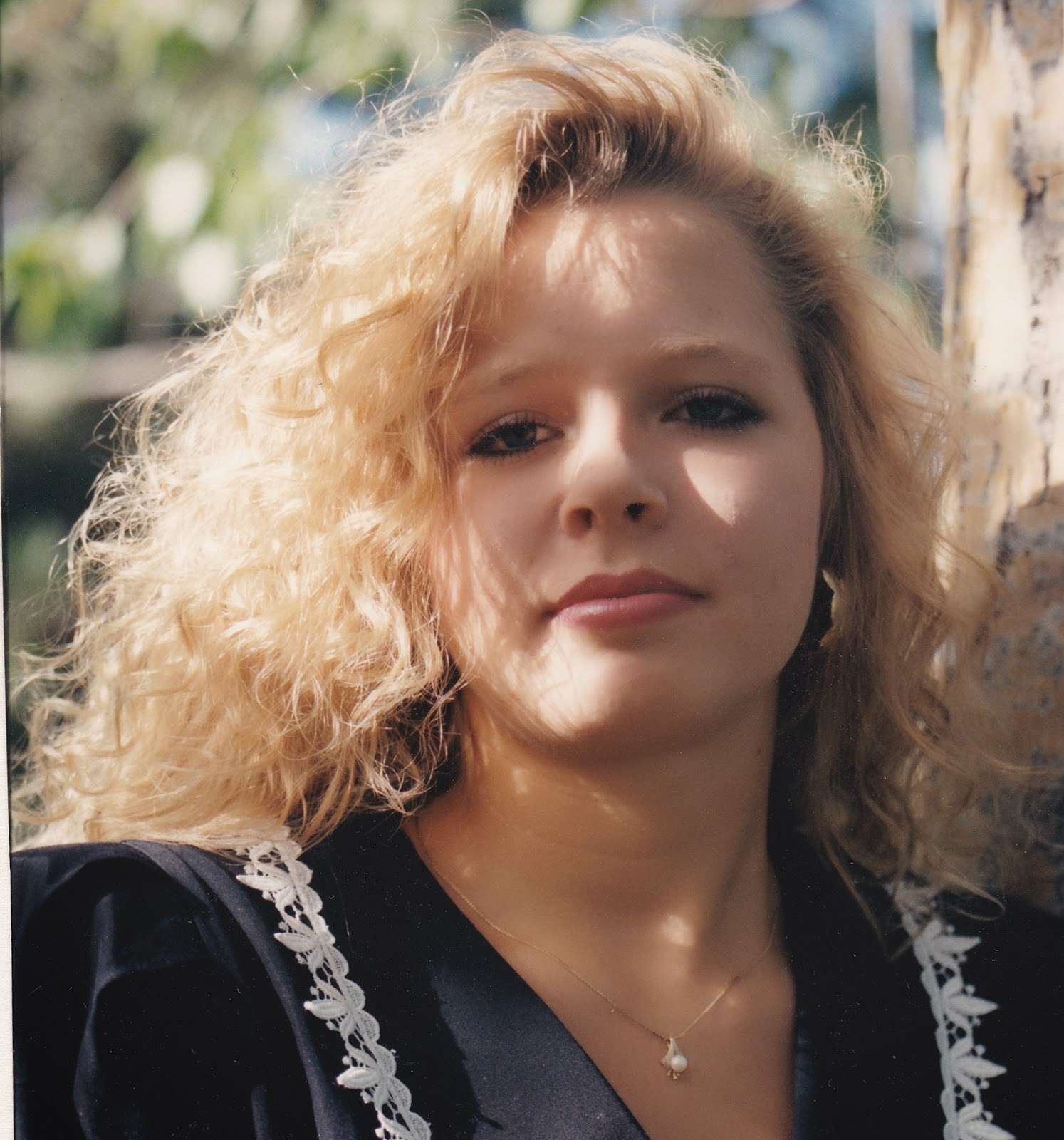 At the end of her senior year, the "Bob" hairstyle had grown in popularity and Sharalee was ready for a drastic change.  The next day, her fellow students couldn't believe she'd really chopped all of her hair off... 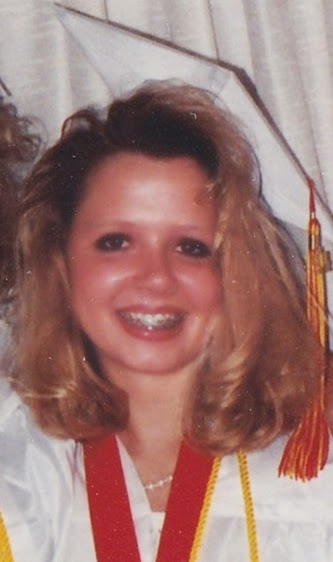 Before long, she decided to grow her hair out again.  Although she'd been a natural blonde all her life, her hair began to slowly darken.  Because she wanted to remain blonde, she decided to take matters in her own hands and start dying it.... 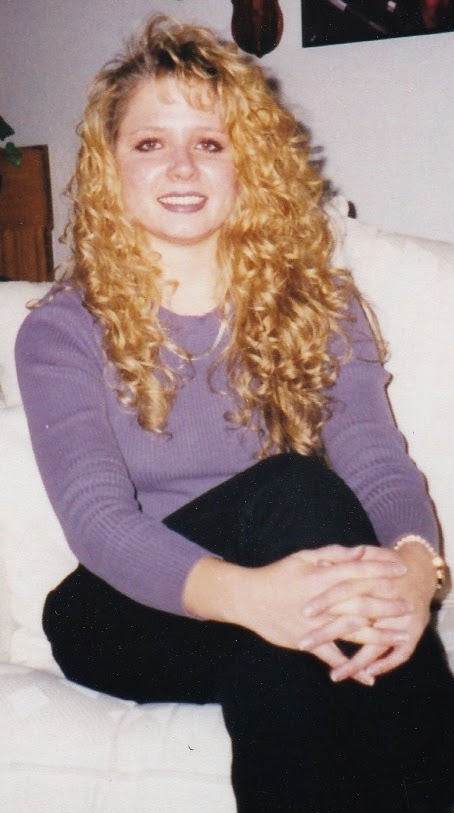 It was a rather arduous process and always a little bit scary because on occasion her hair would come out looking more red than blonde.  So, after a particularly painful breakup with a boy, she decided (like most woman do) that she needed a drastic change...maybe it was time to embrace her natural color and go dark.... 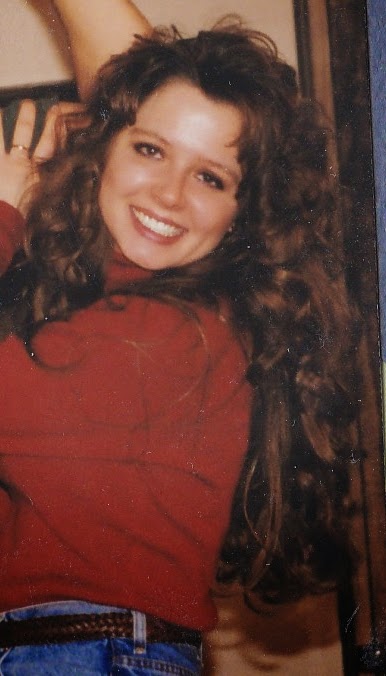 While the waist-length hair was pretty and the curling irons and hot rollers had advanced somewhat since the 80s, she grew tired of the time it took to add curls to her long locks and decided it was time for short hair again... 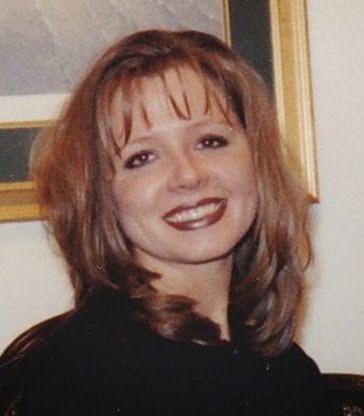 She kept this style for a number of years and then after getting married, she decided to grow her hair a bit longer because after all, "men love long hair", right? :-) 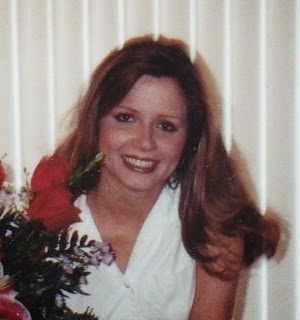 However, after moving to Hemet, CA and enduring her first summer in 110-115 degree heat, she decided long hair was highly overrated and a drastic cut was in order.  Initially, she was going for more of a choppy, "Meg Ryan-look"...but without a flatiron, it didn't quite make it.... 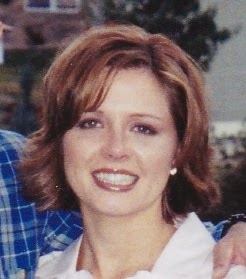 And gradually it turned into more of a "Hillary Clinton-look".... 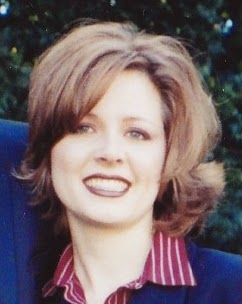 Her husband wasn't a big fan of this cut so she dutifully grew it out again.... 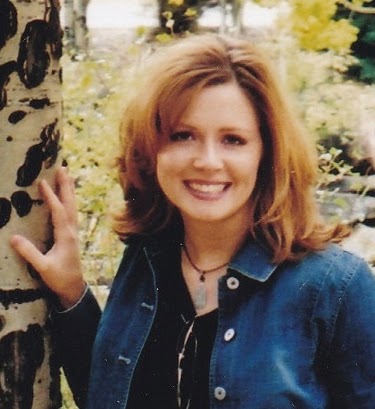 But after another hot summer and having to wear her hair in some kind of up-do constantly just to stay cool, she decided it was time to go drastic again.  She purchased a magazine with tons of short hair styles and fell in love with one of them.  The problem was, she'd never had her hair quite that short and worried that it might make her look like a boy.  What if her husband despised it?  It would take a LONG time to grow out.  While all of these thoughts circled through her head, her BFF decided she wanted a drastic change too and suggested they both get their hair cut at the same time.  So, while Sharalee was on vacation in Colorado, she and her BFF chopped off their locks.... 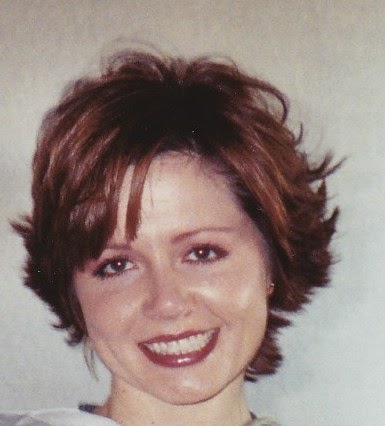 Over the next 10 years, her cut and color would change from time to time.  From blonde... 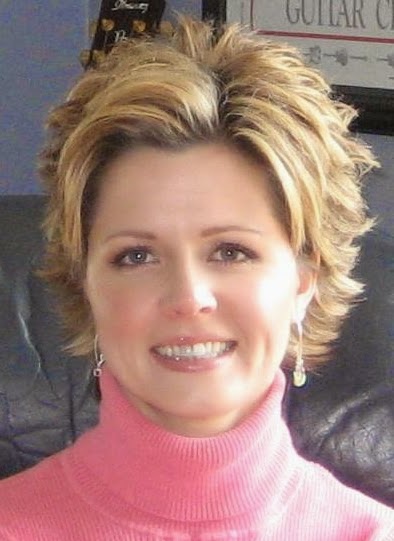 ...to a shorter, highlighted version... 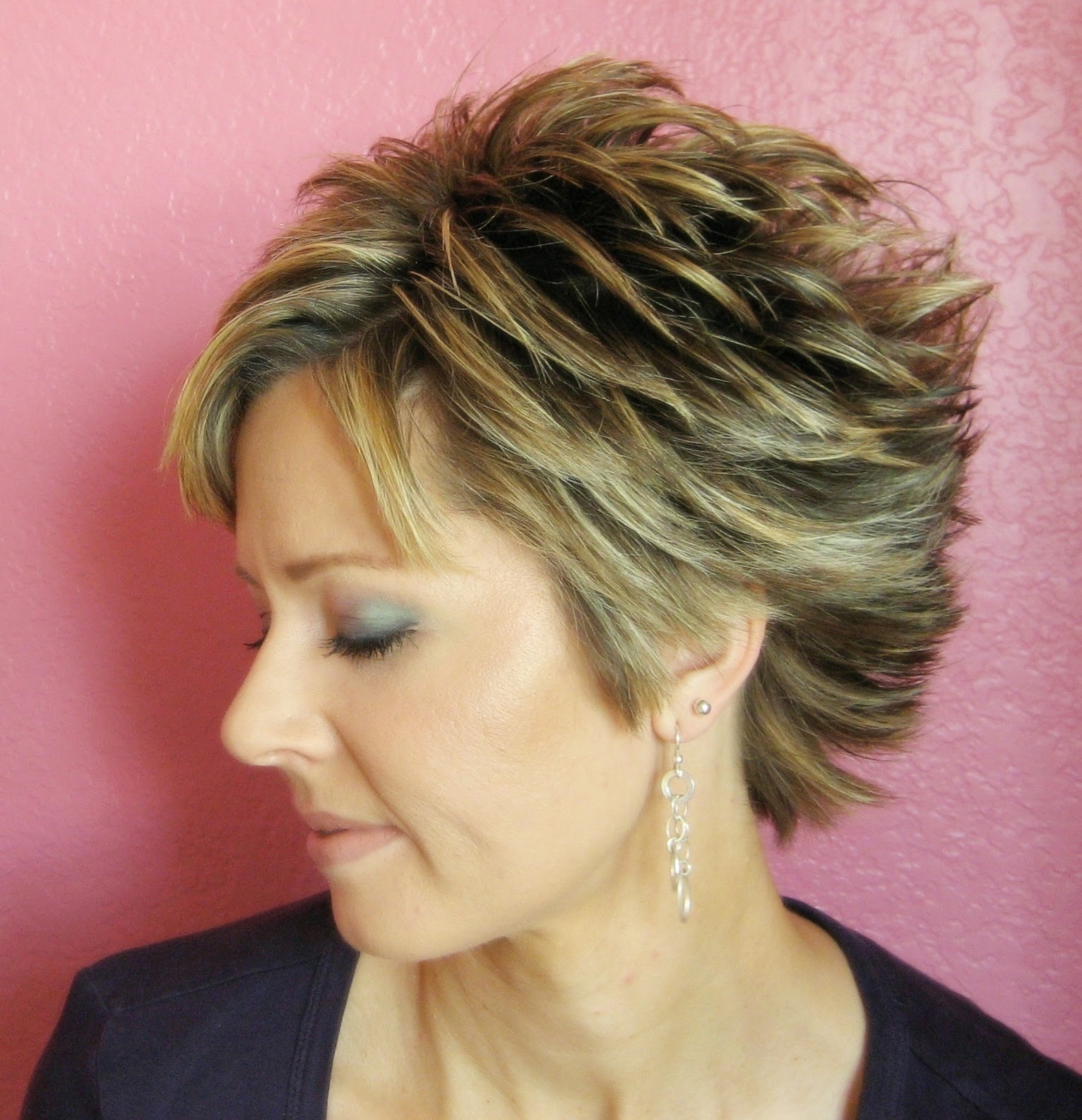 ...to somewhere in between. 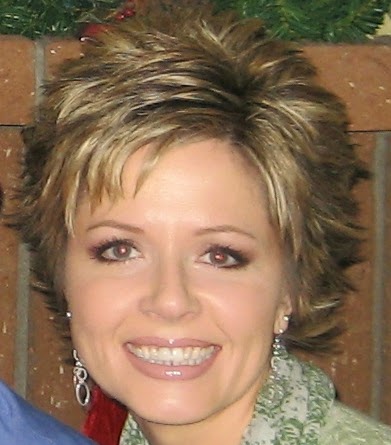 While there are no drastic hair changes on the horizon, one never knows what a girl might do ;-)

Oh, and in case some of you were wondering, my husband actually likes this style....even though it's short, proving that not all men prefer long hair....thank goodness! ;-)

Thank you tagging along with me on this "hair journey"!  Hopefully, it was worth a few laughs :-)


Next up....how to sculpt and tone your arms with a once-a-week workout.  Stay tuned!

Almost every time I'm out in public, someone comments or asks a question about my hair.  Many people think it looks hard to fix and are ...